Lisa Peyton-Caire is the Founder & President of The Foundation for Black Women’s Wellness. Her work as a passionate advocate for women’s health was spurred by Mother’s untimely death at age 64 from heart disease in 2006, after which Lisa established Black Women’s Wellness Day, an annual summit now in its 11th year that empowers women and girls to sustain healthy, wellness-centered lives. The Foundation is an outgrowth and progression of this work which has mobilized a movement in the Greater Madison community and across Wisconsin to intentionally address and improve Black women’s health. Based on her work and impact, Lisa was appointed to serve on newly elected Wisconsin Governor Tony Evers’ Health Policy Advisory Council through which she was able to influence proposed policies addressing maternal and child health and health disparities in our State.

An experienced leader, manager, and educator, Lisa has led impactful work over the past 20+ years spanning the PreK – 16 education, non-profit, women’s health, and financial service sectors. She is actively engaged in a number of local efforts to promote thriving, sustainable communities, and serves on the board of Unity Point-Meriter Health, the Center for Resilient Cities, and the UW Population Health Institute Advisory Board; and previously on the boards of Sustain Dane and A Fund for Women. Among her lasting contributions to community is the University of Wisconsin-Madison’s highly successful DoIT Information Technology Academy (ITA), a pre-college technology training & college access program she designed and launched with colleagues in 1999 and now in its 20th year.

Lisa has been widely recognized for her work in women’s health and community stewardship and was recently named among local health innovators on the Madison Magazine’s 2017 M List. In 2016 she was recognized as one of 44 Most Influential African Americans in Wisconsin by Madison365 Magazine. Other honors include the Wisconsin Alliance for Women’s Health Woman of Character Award (2015) for her efforts to mobilize Black women and partners to eliminate health disparities. She is the 2014 recipient of the Public Health Madison & Dane County Leadership Award, 2014 Brava Magazine Woman to Watch, and was nominated an “Everyday Health Hero” by the Wisconsin Women’s Health Foundation in 2013. Additionally, she is a 2008 UW Alumni Association Forward Under Forty Award honoree for her service and impact on the world by living the Wisconsin Idea.

A Mother of five, Lisa holds a Masters of Science degree in Educational Leadership & Administration and a Bachelor of Arts in Sociology from the University of Wisconsin-Madison. She is also a proud former Hampton University student, home of the Pirates, where she completed her first three years of undergraduate studies. 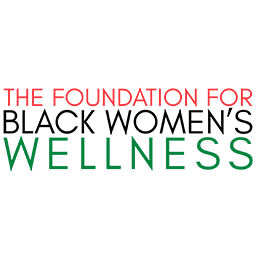 Get Wellness in Your Inbox

Thank you! Your submission has been received!
Oops! Something went wrong while submitting the form.